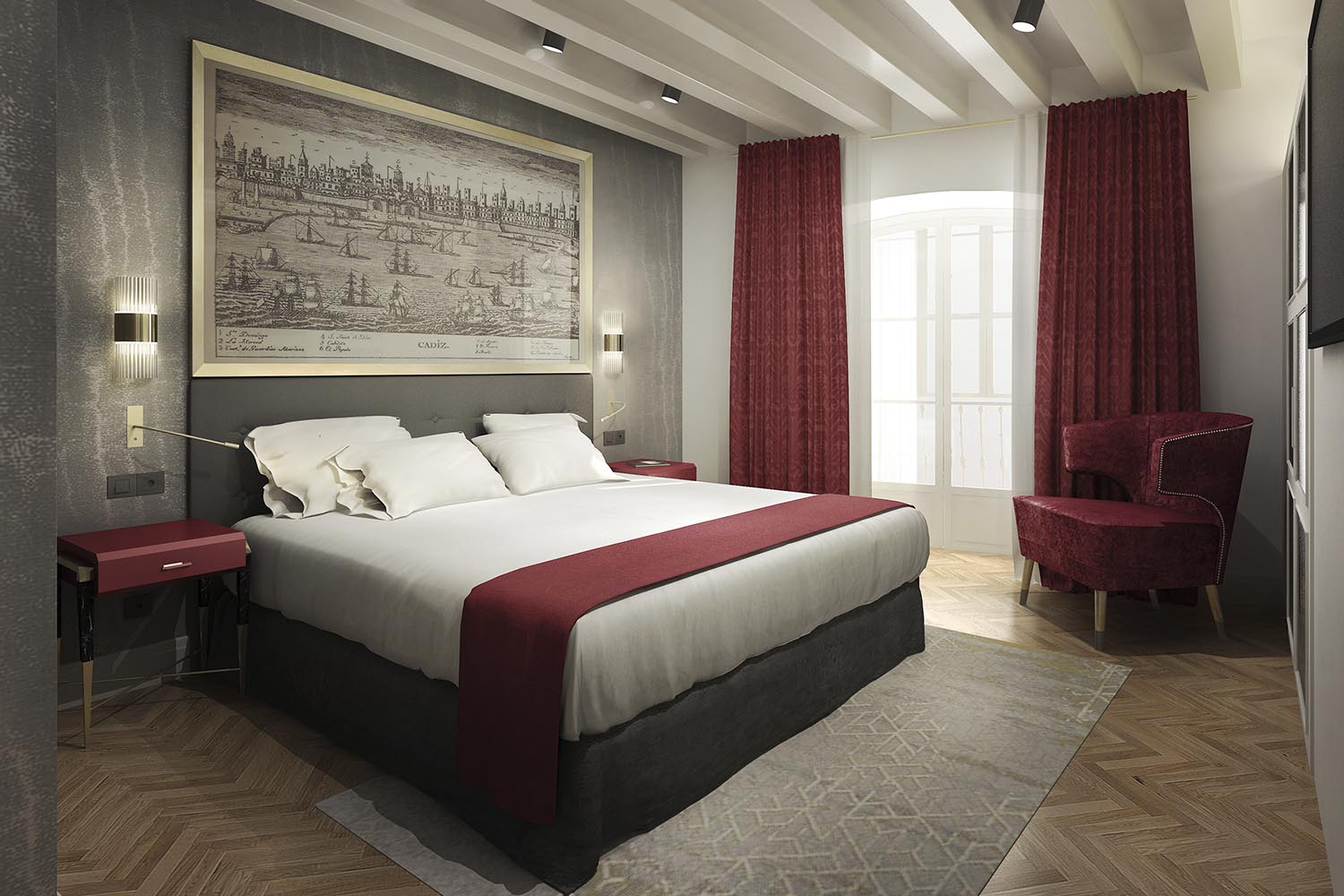 The Áurea Casa Palacio Sagasta is a baroque mansion built during the mid-18th century and remodelled years later according to Isabelline trends. It's a mansion typical of the Cádiz bourgeoisie with its traditional central patio, imposing two-section staircase and lookout tower, which is one of the most significant in the city.

The building's many original details stir guests' imagination, transporting them to the time when the house was used as the headquarters of the British Consulate and Embassy during the Peninsular War, between 1808 and 1814, and hosted Sir Richard Wellesley, the Duke of Wellington's brother. Or later, when it was acquired in the middle of the 19th century by Don Benito Cuesta, a marine tycoon and political leader. The splendour of bygone times can also be seen in its many corridors, where photographs of the beautiful façades of other mansions in the city are displayed.

The 38 rooms at the Áurea Casa Palacio Sagasta exude charm and history, with views of Calle Sagasta or Callejón del Tinte, in an area famous for its carnival traditions; furthermore, the hotel has a culinary space where guests can order top Cádiz dishes, and a wellness area where they can relax and enjoy exclusive treatments.

This building, dating back to the middle of the 18th century, is a Baroque mansion that has undergone significant Isabelline renovations. When first built, it was the British consulate and embassy up until the end of the 19th century. During the Peninsular War (1808-1814), its location was key to defending the city and receiving supplies by sea.