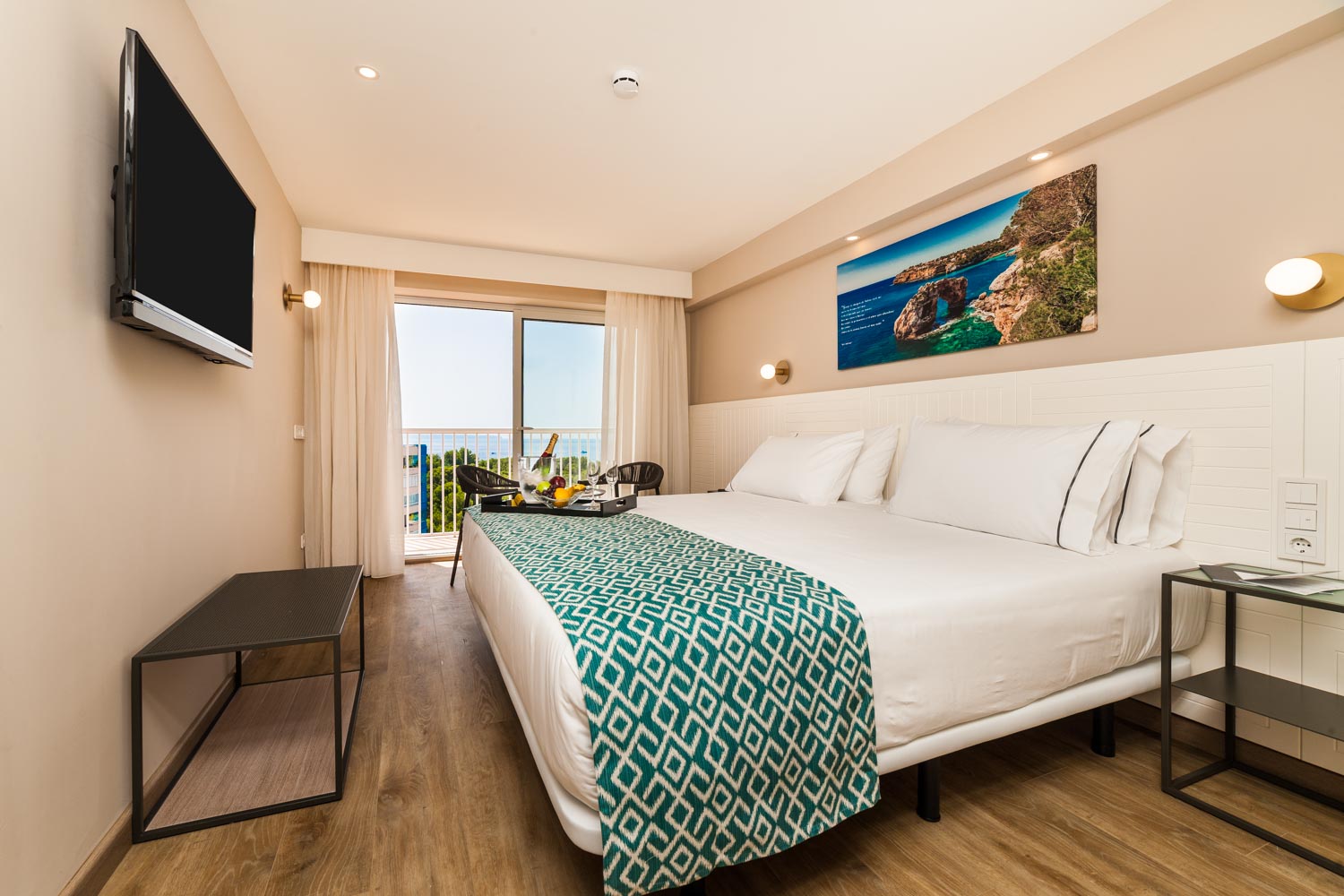 Rest. Relaxation. An easygoing atmosphere. A good dose of perks. Plenty of entertainment. Panoramic views over the Mediterranean and the Bay of Palma. And especially sun and beach. Eurostars Marivent offers all of this, a hotel strategically located in one of the most hidden-away corners of the Bay of Palma. In fact, we have one exceptional neighbour: the Marivent Palace, the summer residence of the Spanish royal family. Plus, we are just six kilometres from the centre of Palma and just 15 minutes away from Palma de Mallorca airport.

Eurostars Marivent has all the benefits of a city hotel and all the luxuries and perks of a beach hotel, so you can enjoy its swimming pool, sunroom, garden.

Perhaps a business trip does not afford you the luxury of a relaxing dip in the pool? Or a well-deserved rest in the shade of a palm tree? What about the opposite? A vacation that prevents you from using your laptop via Wi-Fi? Eurostars Marivent is the perfect choice for everyone.

The hotel's rooms are in a seven-storey building which affords our guests amazing sweeping views over the Mediterranean and the city of Palma de Mallorca. The hotel was wholly overhauled in recent years to offer our guests top-notch service and the utmost comfort.

The hotel has a business centre.

Eurostars Marivent has an enviable location, right across from Cala Major beach, one of the quietest and most hidden-away spots in the Bay of Palma, yet it is also a mere 4 kilometres from the city centre. The Hotel, with views over the Mediterranean and the city of Palma, is located right next to the famous Marivent Palace, the summer residence of the King and Queen of Spain. Cala Major beach is just 400 metres from the hotel.