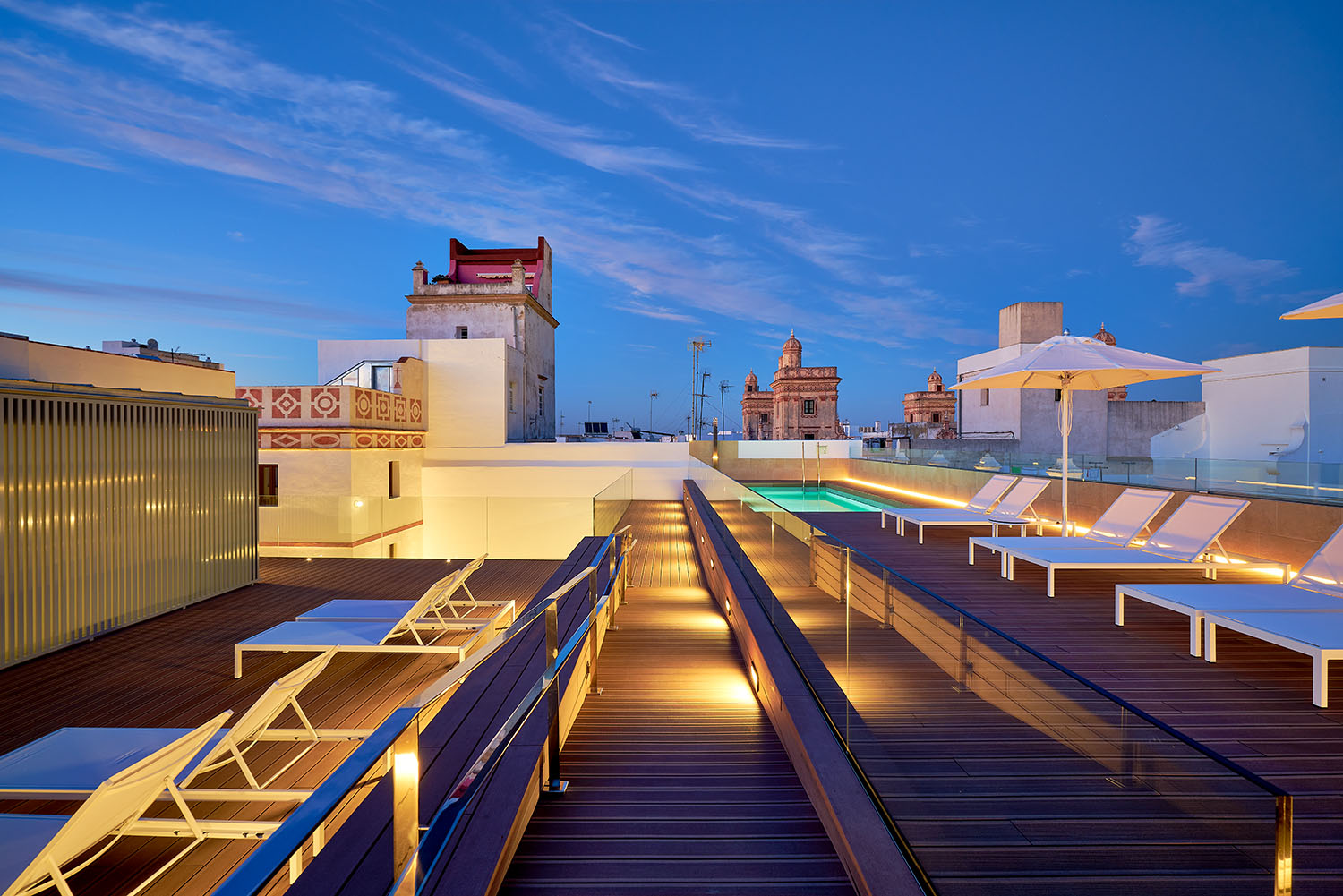 Situated in the heart of the city’s old town, the rooms of the Tandem Torres de Cádiz Suites are located in a Baroque-style stately home built in the mid-eighteenth century, which has been renovated and adapted to meet the requirements of modern tourists.

The building preserves the characteristic architectural elements of the time, such as the central patio with a wooden atrium, the lookout tower and the Baroque façade decorated with marble and local stone.

Despite their renovations, the 26 suites have managed to retain their original charm, striking a perfect balance between functionality and the classical essence of the original building.

From the roof terrace, which has its own swimming pool, you can enjoy magnificent views of the characteristic watchtowers of traditional Cádiz homes, which were once sites of recreation used to observe the commercial traffic of fleets that docked in the port.