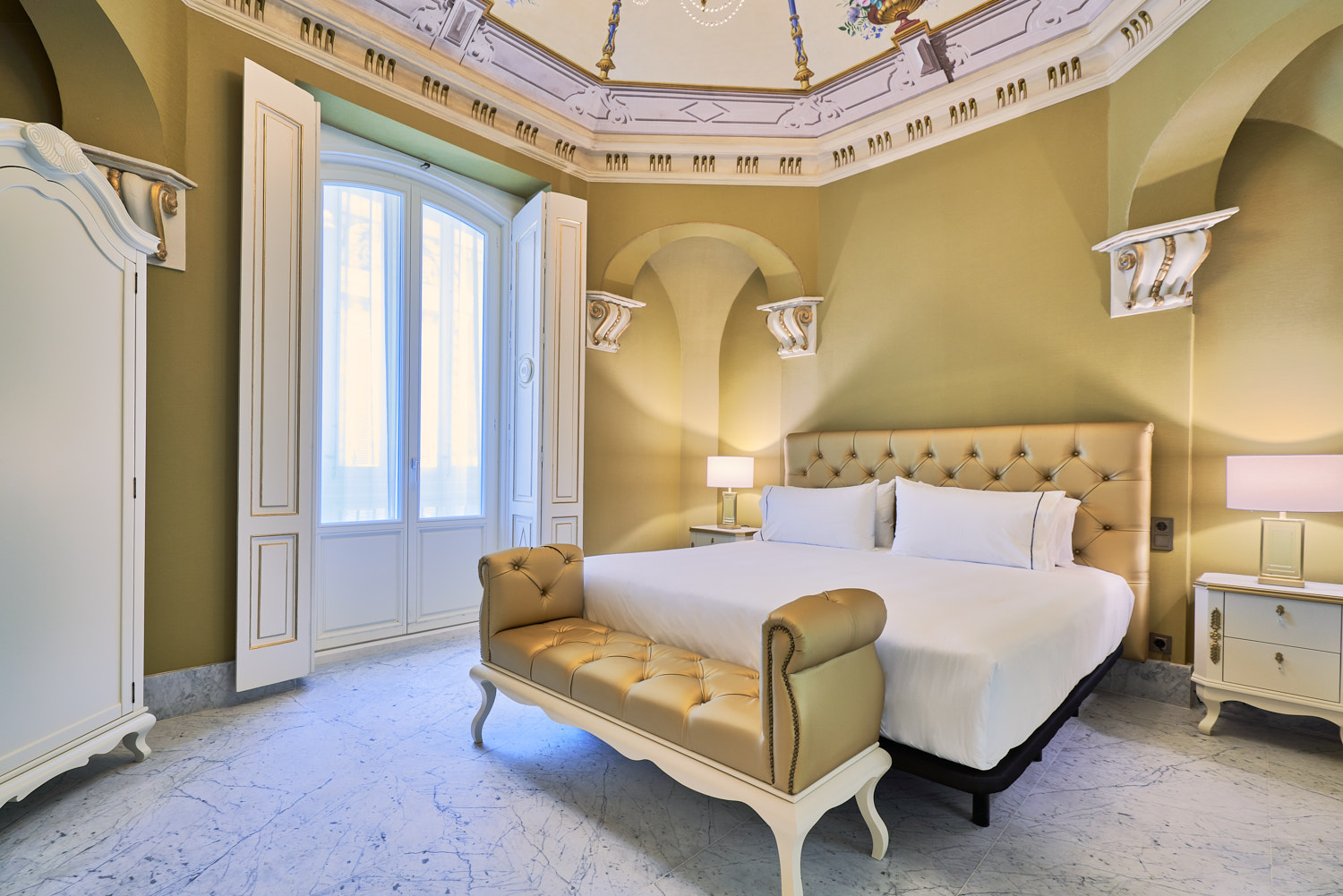 The exclusive accommodation of the Tandem Palacio Veedor de Galeras Suites is located in the Casa del Veedor de Galeras in the heart of Cadiz old town. The building takes its name from the official who oversaw the cargo of ships sailing to the Americas in the seventeenth century. Dating back to 1647, this historic palace house has been converted into carefully designed suites that respect the original architecture of the building.

The establishment has a rectangular main courtyard with an open gallery on four sides and a two-flight imperial staircase, as well as a watchtower, skylight and well. Over the years, the rooms of the building were inhabited by a succession of distinguished families. In 1812 it also accommodated the Duke of Wellington, leader of the Spanish-British troops that fought against Napoleon in the Peninsular War.

The sixteen bright and spacious suites have been decorated to make the most of the natural light that enters via the central courtyard, creating open-plan spaces full of personality.